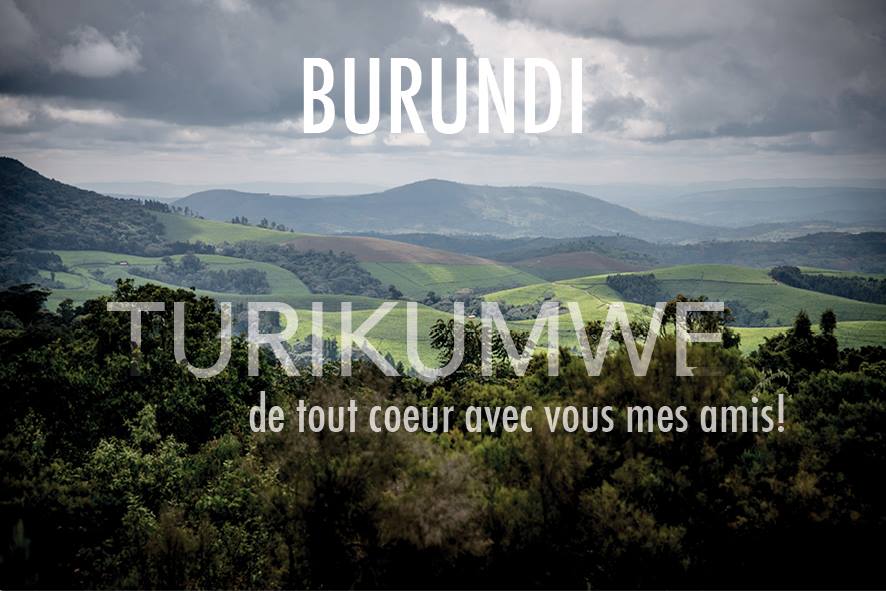 This blog could be very short since the answer to the title is quite simple: because it’s my choice to make and I don’t want to.

Before you go ahead and call me a coward or waggle the oh so famous “wanka gusesera amaraso igihugu imbwa zikayanwa kuri gusa” in my face (I love dogs by the way), allow me to explain my decision.

Not a single fiber of my being looks like that of a soldier’s. To me a nation is just too vague; it’s an entity I have a hard time feeling a part of or emotionally attached to. To put things into perspective, I’d die for my family. I am ready to fight like a lioness for them, kill and die in the process because they deserve such sacrifice.
Let’s just say that my willingness to die is highly situationally specific, and dying for a country is not a situation I even envision.

What does “dying for my country” mean anyway? What would I be dying for, exactly: human rights, freedom of speech, gas, electricity, social justice, equity, education, food security, health equity? It’s too much to have to die for and I doubt that my only life would be enough to change the situation.

I fled Burundi a few days before the CNDD FDD congress and honestly I am not ashamed to admit it. I shouldn’t be. All the Burundians that I meet in Kigali say that they are here to “visit a sick aunt”, “take an exam”, “participate in a seminar” or “chill with cousins”. No one says that they ran away because they didn’t feel safe, and when I say it people look at me as if I suddenly grew a third eye. When I say the word “refugee”, I get uncomfortable laughter and looks.

I don’t understand what’s so wrong with wanting to move to a safer place and potentially save your life. I don’t understand all the borderline bullying chain messages urging people to join the protesters and fight for their rights (by the way, I am a protester. I might not demonstrate on the streets but I am protesting with all my heart, voice and means I have). I don’t understand Burundians in London, Paris, Brussels, Ottawa who are writing lengthy Facebook statuses on how ashamed people from Rohero, Kinindo etc should be for not demonstrating. How ironic.

I too would love the comfort of standing in front of an embassy, waving a Burundian flag with no risk of getting shot in the head or be sent to jail indefinitely.

Burundi is where I call home, a country that I love deeply. But that’s not enough for me to die for it. In my book, patriotism is proportionate to my country’s ability to respect my rights, fulfill my needs and offer opportunities to grow. Right now, my patriotism is quite low.

I’ll not give up my life for a country full of potential but unstable, where reading a document and following the rules is too much to ask. I will not die for a country that does not value education enough to take the best decision possible for its students. I will not die for a country where freedom of choice and speech is not an unconditional right. Not for a country where surviving is the norm and living a privilege.
I would consider dying for a nation where most of the work has already been done and solid institutions put in place, a nation that uplifts its people and allows them to enjoy a life with as much social justice and equity as possible. I’d die with the guarantee that the next generation would not have to fight for the same cause again. I’d die for a country that deeply understands the moral importance of human life, a country where the life of an innocent fifteen years old boy would cause all rumble to cease and people to stop and think.

When Burundi will get rid of those savages with insatiable hunger for power, I will applaud the men and women who risked their lives on the streets, they are heroes. I will tell my future children “I had nothing to do with it, I did not go on the streets every day braving teargas and gunshots” and that’s okay with me. I’m fine with that.

I don’t want to be a hero, a martyr or be remembered as a freedom-fighter. Burundi’s memory is way too short anyway. My purpose in life is to serve the most vulnerable and participate to sustainable development of communities. If Burundi is not safe enough for me to do that, I am sure another country will allow me to. I don’t want to fight, but I am more than willing to build.

My life is not more valuable than those who lost theirs during the protests. My heart is shattered that they had to die so young, full of dreams and hope. I am furious that the last image they saw of the country they loved was chaos. I am not worthy of such sacrifice, freedom should not be so expensive. I don’t think a single country on Earth deserves anyone to die for it. Patriotism is an act of love; loving your country should not get you killed.

By UnapologeticBurundianWoman who lives and works in Kigali, Rwanda